About the Book – The Disappearing Act

A woman has gone missing
But did she ever really exist?

Mia Eliot has travelled from London to LA for pilot season. This is her big chance to make it as an actor in Hollywood, and she is ready to do whatever it takes. At an audition she meets Emily, and what starts as a simple favour takes a dark turn when Emily goes missing and Mia is the last person to see her.

Then a woman turns up, claiming to be Emily, but she is nothing like Mia remembers. Why would someone pretend to be Emily? Starting to question her own sanity, she goes on a desperate and dangerous search for answers, knowing something is very, very wrong.

In an industry where everything is about creating illusions, how do you know what is real? And how much would you risk to find out?

Our Review of The Disappearing Act

I had loved and completely drowned myself in the candy floss romance of Geekrella. I had adored and cherished the cuteness of that book. The best part about Geekrella was the romance. It was gradual, cute and not forced upon. So naturally I didn’t had to think twice about picking this book especially when I learned that it was a take on beauty and beast. ( in case I haven’t mentioned before, I m a total sucker for beauty and beast novels) So after reading Bookish and beast, I want to say….. I want my money back.

This is nothing like the Geekrella flavour that I hoped for. It also suddenly makes me happy that I didn’t pick up the second book. Oh yeah that is an actual plus point that each book in this universe can be read as a standalone. Although the characters from all the previous books do make a recurring appearance and there are reference to the incidents to the previous books but you can definitely still manage to get away without reading the prequels

If in case you want to see the true potential of the series, I would say try Geekrella which was a Cinderella retake. Its a perfect unicorns and candy floss book that will cheer your mood. The author has used or at least tried to use all the elements that she managed to use and score in the first book. Don’t know why but it doesn’t work for this one. Perhaps because there was a rush to finish the book? Or an immense pressure to follow up on the success of the previous ones?

Ok without going in circles, let me get into why I couldn’t exactly fall for this book. The core purpose and aspect of the series is its romance. So what is the point of the book when the basic core is underdeveloped. Everything else in the book is developed. The characters and their backgrounds, the events that bring the characters together. Every other events and story developments has a clear purpose and path, except the romance. Its like the author was working towards another track and suddenly was forced to develop the romance. It doesn’t work that way, unfortunately.

There is basically one scene where the characters are actually together and having kind of a moment. That ideally should have been the first step towards the romance track in the book but the author cashes everything in that moment , a tiny scene where the characters are locked outside of the house and is waiting out the rain. The whole romance of the book is trying hard to make us all believe that this is enough to magically fulfil the romance quotient for the entire book.

So basically while everything from the friendship, sub characters, parental relationship, the whole ExcelsiCon universe, is all amazing, it failed at one major element that was the most important. The romance or at least the chemistry between the lead characters and I thought that the book was all about romance…

If you hate romance then this is your book because it got none or at least you get more reason to hate it. Ok that was actually pretty harsh. Sorry about that. Basically if you have been a fan of the series for its romance then don’t come looking for that in here but if you had love the whole ExcelsiCon universe, then yes go for it. The book has everything else working in it except for the romance. 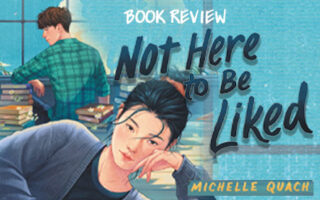 Not here to be liked by Michelle Quach 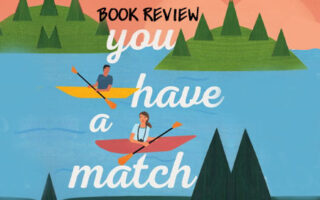 You have a Match by Emma Lord 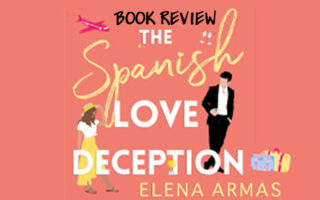 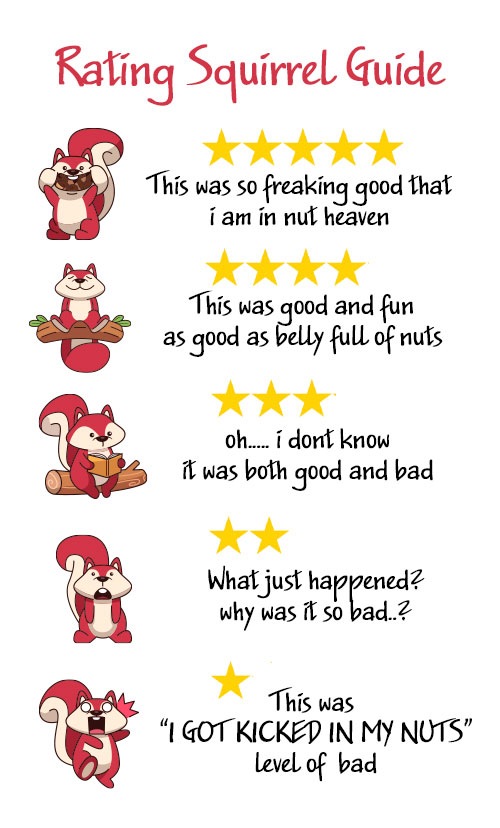