Skip to content
About The Book Indian Books Review Requests

About The Book : The Fragile Thread of Hope by Pankaj Giri 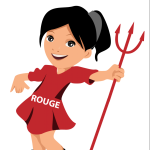 RWAT is starting off its category Called “About The Book” with Pankaj Giri’s “The Fragile Thread of Hope, a book that is close to us and is too personal to be fairly reviewed since we would be in any case biased.  But Since we can’t leave without talking about it and feel that it deserves a mention of its own we have started a section called “About The Book” where we can freely talk about the book that we have been part of and find it too hard to put it under scrutiny like we do with other books. Because this time its personal

Fragile Thread of Hope is an attempt at unraveling the complexities of human emotions. The book will appeal to those who would like to see their characters in true battles of emotions, love and loss. It is not going to be an easy read because everything the book caters to it hard hitting and hits the nerves raw. The Fragile Thread of Hope is story of surviving loss, overcoming pain and mourning death without losing one and eventually finding that fragile thread of Hope

Official Synopsis – The Fragile Thread of Hope by Pankaj Giri

A gripping emotional inspirational fiction about love, loss, and finding hope in the darkest of times.

In the autumn of 2012, destiny wreaks havoc on two unsuspecting people—Soham and Fiona.

Although his devastating past involving his brother still haunted him, Soham had established a promising career for himself in Bangalore.

After a difficult childhood, Fiona’s fortunes had finally taken a turn for the better. She had married her beloved, and her life was as perfect as she had ever imagined it to be.

But when tragedy strikes them yet again, their fundamentally fragile lives threaten to fall apart.

Can Fiona and Soham overcome their grief?

Will the overwhelming pain destroy their lives?

Seasoned with the flavours of exotic Nepalese traditions and set in the picturesque Indian hill station, Gangtok, The Fragile Thread of Hope explores the themes of spirituality, faith, alcoholism, love, and guilt while navigating the complex maze of family relationships.

Inspirational and heart-wrenchingly intimate, it urges you to wonder—does hope stand a chance in this travesty called life?

Praises for The Fragile Thread of Hope by Pankaj Giri

“An epic tale of love, loss, hope and faith that will remain with you long after the final page. With its lovely characters and beautiful prose, it ranks right up there with my favourites.” Renita D’Silva, award-nominated bestselling author of The Forgotten Daughter.

“A literary masterpiece!” Keshav Aneel, bestselling author of Promise Me A Million Times.

“A heart warming story, with a beautiful ending and a strong simple message throughout—HOPE is what should keep one going in their lives no matter what happens!” Goodreads reviewer.

“The Fragile Thread of Hope is a beautifully descriptive and atmospheric character led story about family, love, loss, grief, regret, loneliness and hope. I highly recommend it to anyone who enjoys an emotional read.” Jules Mortimer, #7 top Goodreads reviewer.

If RWAT may take the audacity of taking credits, then we would like to share that we had our hand in developing the cover of the book as well as having the privilege of getting to know the book right from the very seed stage. Hence why we couldn’t sit down to fairly review it since the book practically grow in front of us.

Author – The Fragile Thread of Hope

Pankaj Giri was born and brought up in Gangtok, Sikkim—a picturesque hill station in India. He began his writing career in 2015 by co-authoring a book—Friendship Love and Killer Escapades (FLAKE). Learning from experience and the constructive criticism that he got for his first book, he has now written a new novel—The Fragile Thread of Hope, a mainstream literary fiction dealing with love, loss, and family relationships. He is currently working in the government sector in Sikkim. He likes to kill time by listening to progressive metal music and watching cricket.

Check out the author’s exclusive interview with RWAT

Grab The Fragile Thread of Hope by Pankaj Giri

Meanwhile you can also check out about his first Book, FLAKE and our take on it

Book Review : Land of the Lonely by Sayanta Goswami

Release Day Blitz ~ Along Came a Spyder by Apeksha Rao